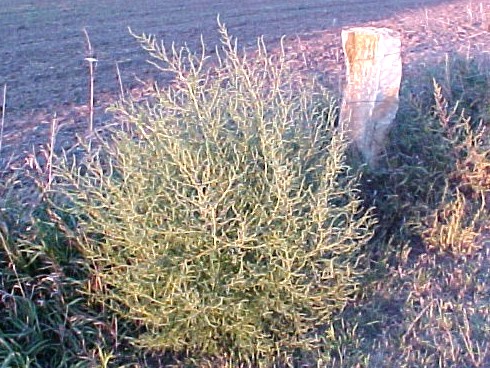 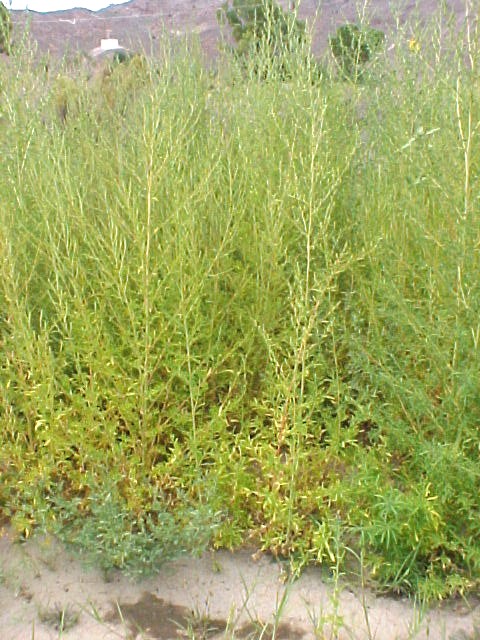 Widespread in central and western US, especially Plains states, and spreading, both eastward and westward

This species was introduced to America from Eurasia as an ornamental because of its bright red autumn coloration (and sometimes called “burning bush”). It has found some use as a forage crop in dry areas of the Plains and the Southwest, although it becomes toxic to livestock if it comprises too great a portion of the diet. It is most abundant as a weed in the northern half of the US. However, it has become a seriously invasive weed in much of the Plains, and can be found from near sea level to as high as 8500 feet. It is an annual plant reproducing from seeds, has a deep taproot, and may grow as tall as 7 feet but is usually shorter and bushy if grown in the open. The hairy dark green leaves are about an inch or two in length, narrow and pointed. The tiny flowers are produced from about July to September in clusters at the bases of the leaves, often on short side shoots along the sides of the large branches. Pollination is achieved by wind, and allergenic cross-reactivity with other chenopods is to be expected. The mature plant, after death and drying, often breaks from the ground to spread seeds as a tumbleweed.