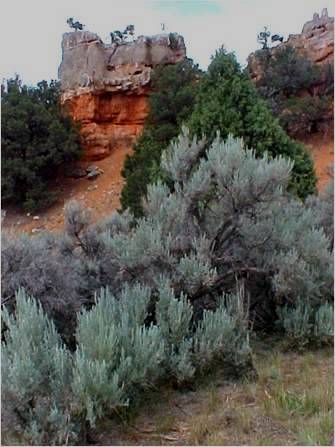 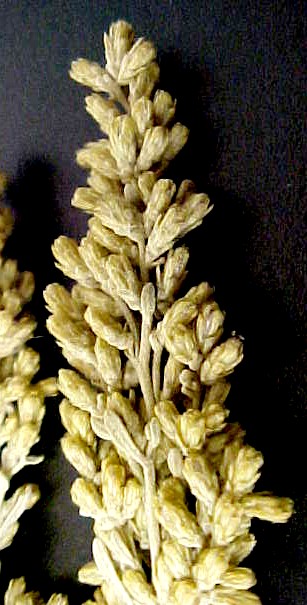 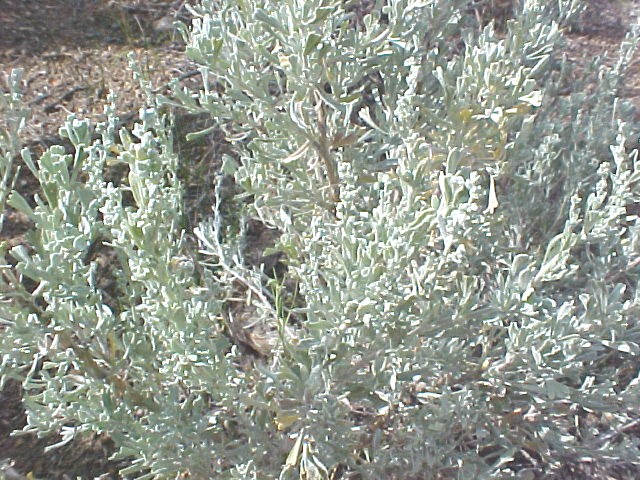 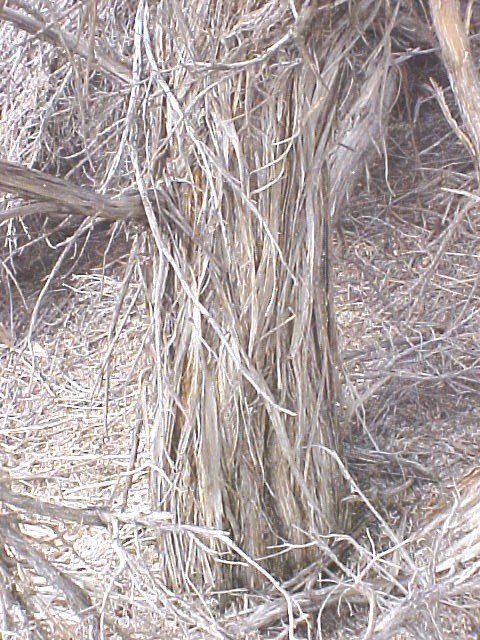 This widespread shrub, also known as “big sagebrush” or “basin sagebrush,” is perhaps the most characteristic species covering the valleys of the Intermountain West. It typically grows to be three to five feet in height, but occasionally may reach as much as seven or ten feet where there is additional moisture. It is usually found from about 4000 feet up to as high as 10,000 feet. Where the climate is slightly cooler with additional moisture, junipers and pinyon pines may grow among the sagebrushes. Its grayish, strongly scented leaves are broadest at the tip where two notches are typically found, giving the “three-toothed” margin that accounts for the species name. The tiny flower heads occur along spikes that develop in the spring, and the seeds ripen in the fall. The woody trunk is gnarled and usually branched near the base. This species is eaten by antelope and sometimes by deer.