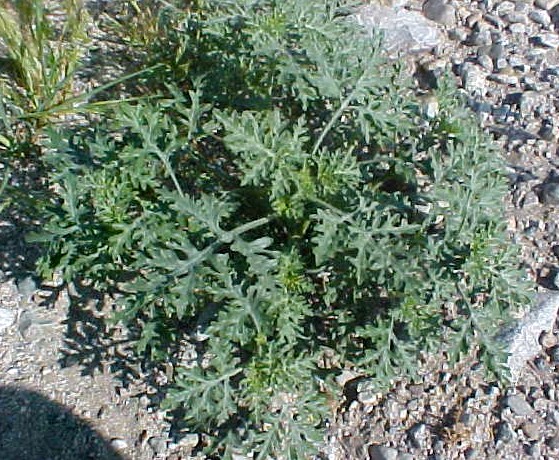 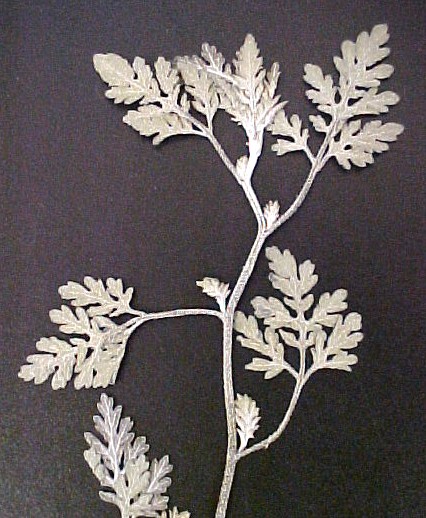 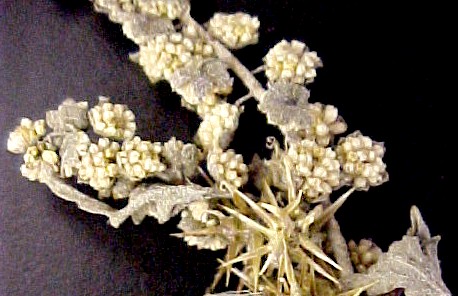 This native species is a common weedy plant. In addition to its aggressiveness in establishing itself along roadsides and the allergenicity of its pollen, the seeds are contained in prickly “burs” that detach easily from the plant and become attached to skin, clothing, and fur. False ragweed can exceed three feet in height, sometimes becoming bushy, and its bipinnately lobed (i.e., lobes on the lobes) leaves (rather similar to those of the short ragweed though usually smaller and less-developed) are somewhat grayish in color. They are opposite on young plants but leaves produced later are alternate. It produces enormous numbers of pollen grains that stay airborne. The plant blooms in late summer and early autumn. The numerous greenish-yellow male flowers are along spikes found at the top of each branch above the spiny female flowers.