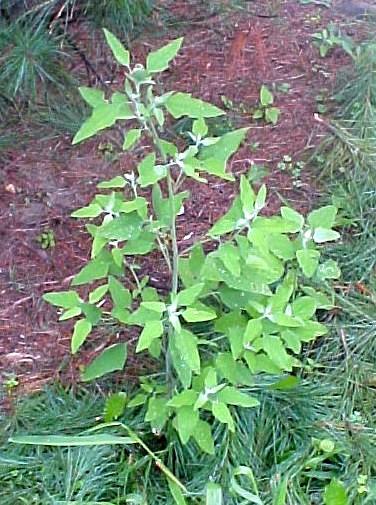 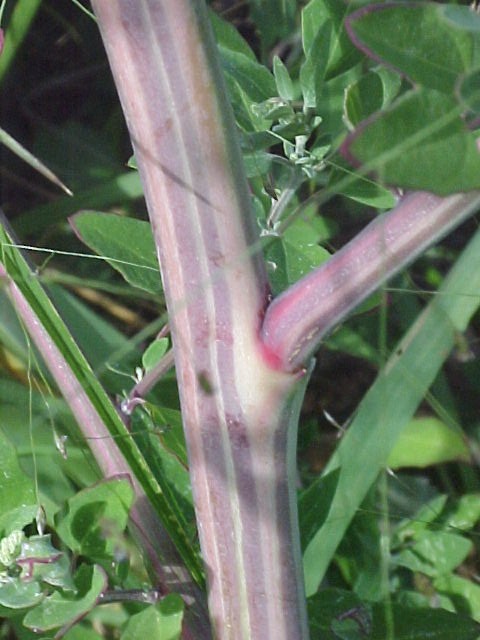 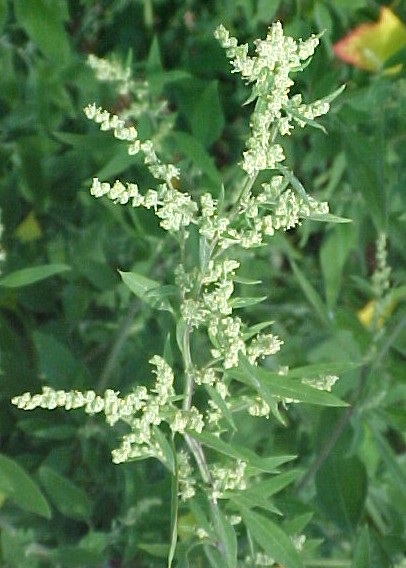 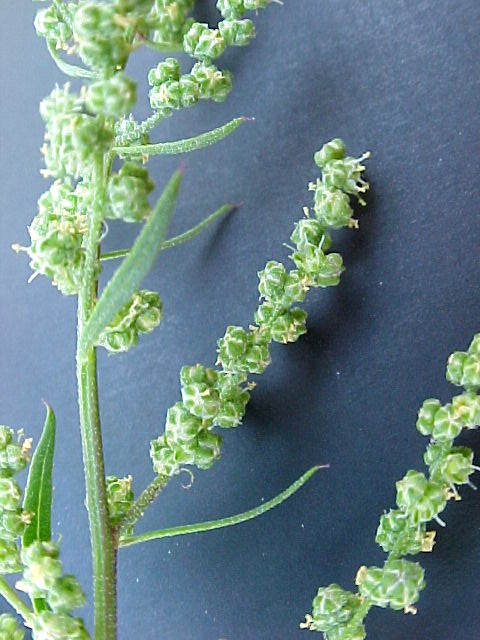 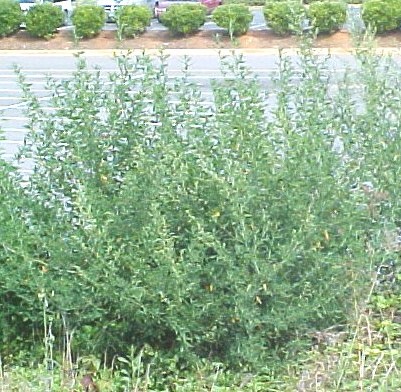 Throughout the United States including Alaska and Hawaii

This annual plant is regarded as an introduction from Europe (where it is called Fat Hen) although there may be native populations. Because it thrives in disturbed rich moist soils, it is often a weed of farms and gardens around temperate areas of the world and may grow to be some 4 feet tall. The alternate, rather triangular leaves have a bluish cast to them, especially when immature; these leaves, when cooked, have been used as a vegetable like its relative spinach. Stems often have purplish stripes. The tiny, green, wind-pollinated flowers, which are found in clusters at the ends of branches and growing from the bases of leaves, bloom from May to October. Reproduction is by seed.