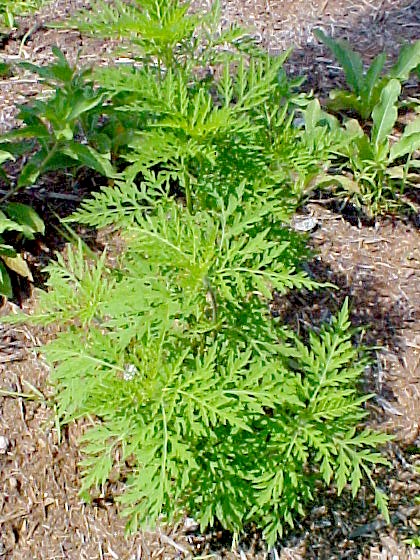 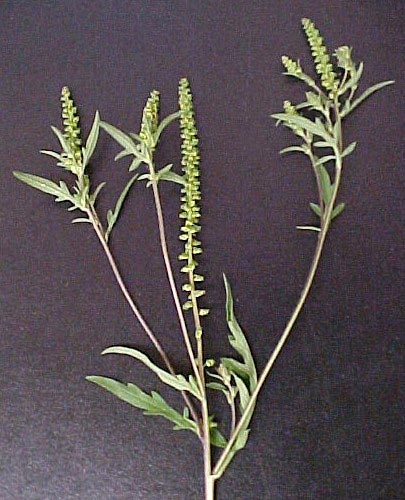 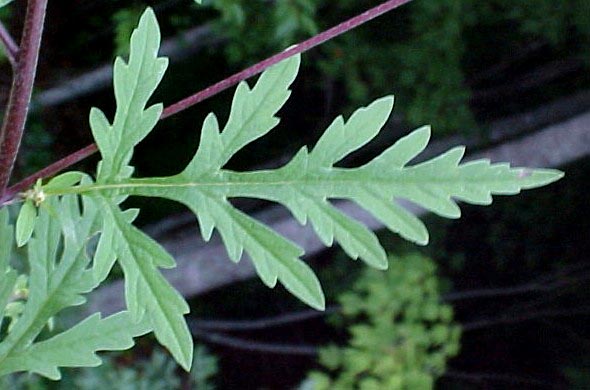 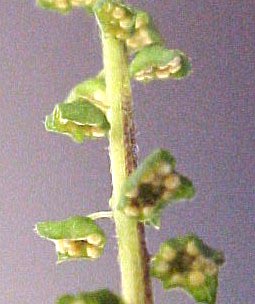 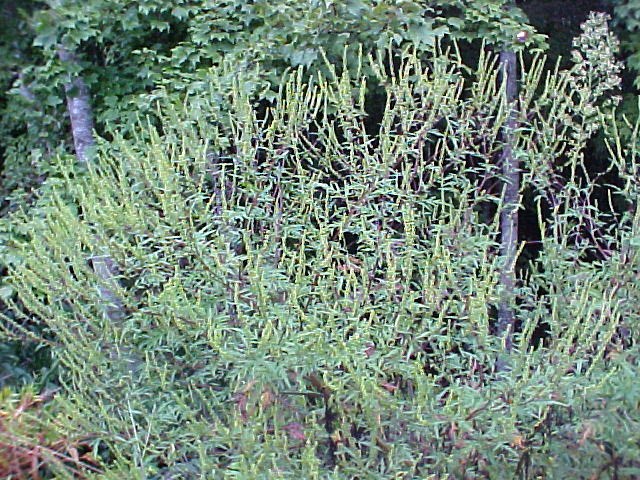 This species is the “king” of allergenic plants, being the most important for allergy in America and the most widespread among several species of ragweed. Sometimes called “common” ragweed, it is a native species that aggressively flourishes along roadsides and in disturbed soil. It produces enormous numbers of pollen grains that stay airborne. The leaves are bipinnately lobed, meaning that there are lobes on the lobes. They are opposite on young plants but leaves produced later are alternate. The plant blooms in late summer and early autumn. On each branch of the mature plant, the numerous, greenish-yellow, male flowers, which open downward to release their pollen, are arranged in clusters along the sides of the spikes above the inconspicuous female flowers. The plant may grow to be four feet tall but is usually smaller. It is an annual, developing each spring from seed that has matured the previous autumn.