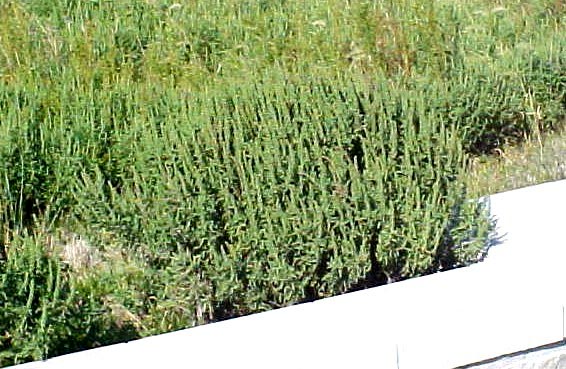 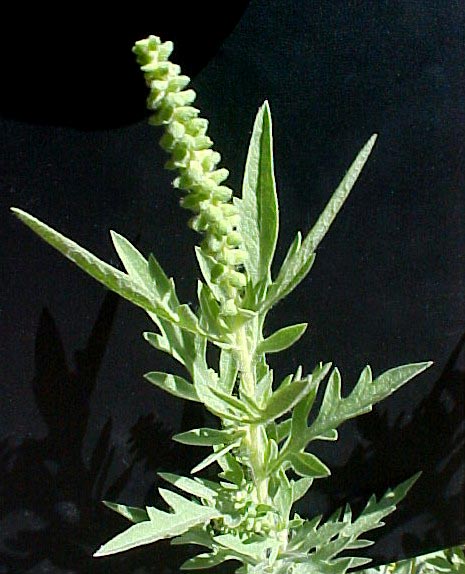 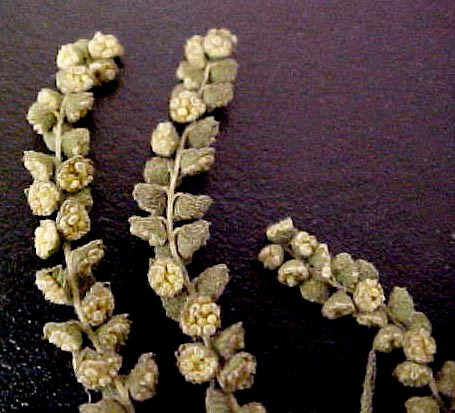 This species, also known as Perennial Ragweed or Cuman Ragweed, is a native herbaceous species that spreads by rootstocks. It is common along roadsides and in disturbed soil. It produces enormous numbers of pollen grains that stay airborne. The leaves, typically alternate in mature plants, have pointed lobes. The plant blooms in late summer and early autumn. On each branch of the mature plant, the numerous, greenish-yellow, male flowers, which open downward to release their wind-distributed pollen, are arranged in clusters along the sides of the spikes above the inconspicuous female flowers, and the latter mature their seeds in the autumn. The plant usually is less than two feet in height.