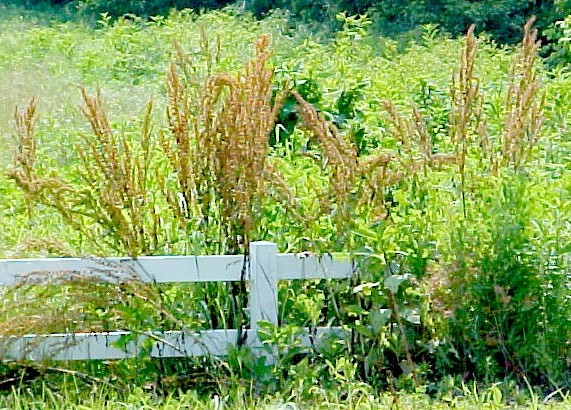 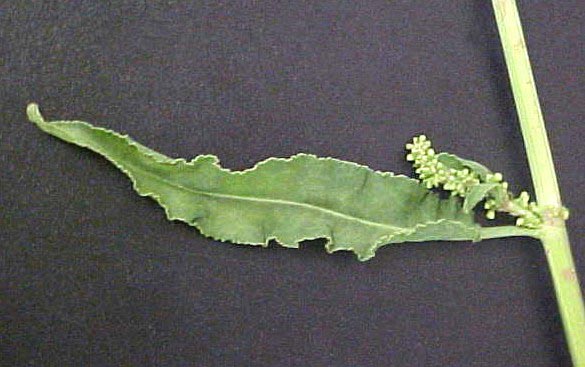 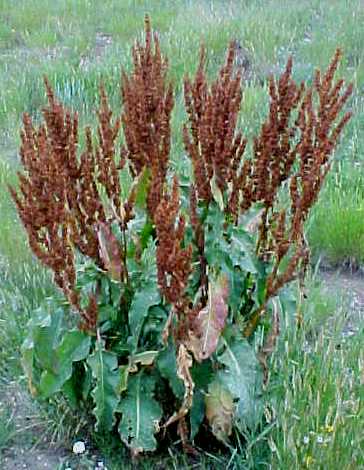 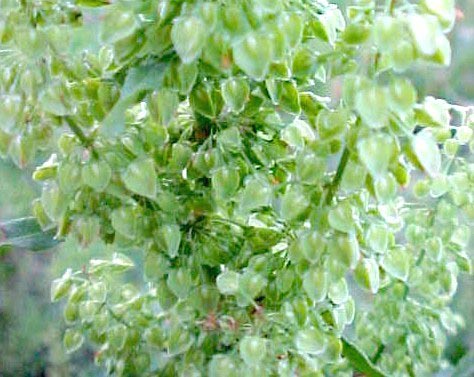 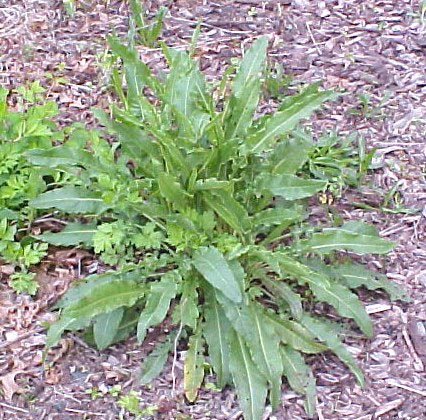 Throughout US except S Florida; naturalized from Europe

This common perennial weed makes its appearance in early spring, and its typically unbranched flowering stem or stalk may grow to be over five feet tall. Its leaves, which may reach a foot in length and three inches wide at the bottom of the plant but usually smaller along the stem, typically have a crinkled or curled edge suggestive of cooked bacon. The leaves at the base of the plant have a petiole but those along the stem lack this. The flowers are in clusters on the stem, and are initially greenish but become reddish; the fruits ripen to a dark brown. The dried stems persist in fields where their dark color contrasts with the lighter color of dried grasses and other plants. Flowering is usually in mid-spring, and the pollen is dispersed by the wind. Curly dock usually grows in moist ditches or along streams. The plant is sometimes used as a folk medicine, although it contains considerable quantities of oxalic acid.