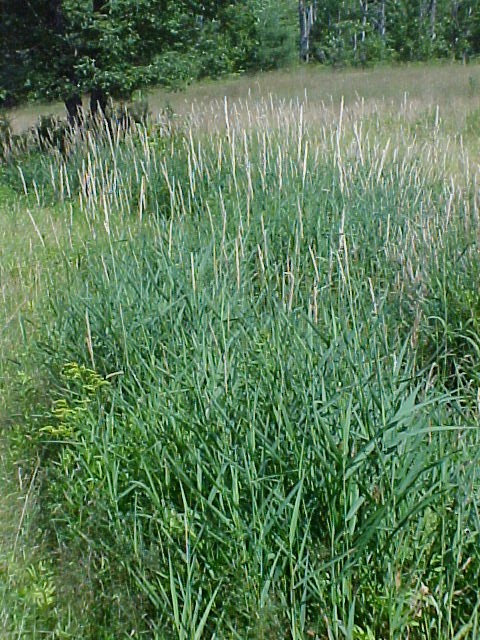 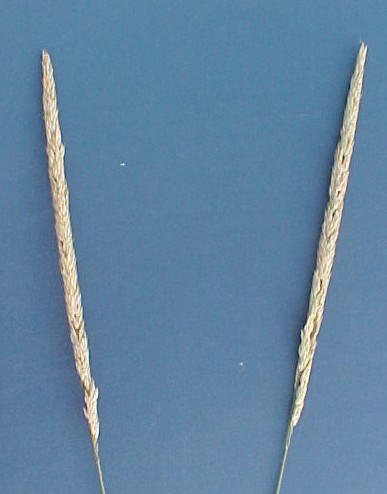 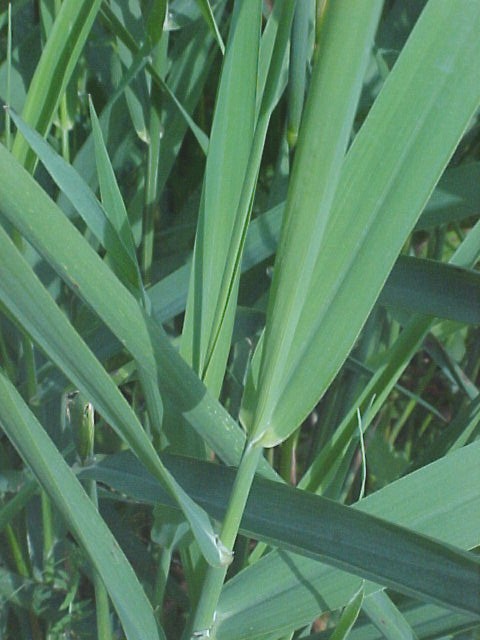 Most of US except southern fourth

This perennial grass, native to both North America and Eurasia, spreads aggressively in wet soil by means of rhizomes and is considered a noxious invasive weed in some areas because it forms very dense stands. However, it is planted as a forage crop in some areas, particularly the northcentral US, and is occasionally used for erosion control. It is found in most of the US but is absent from the southern fourth, including Florida, most of the Gulf region, and warmer areas of the southwestern states. It grows to become three to six feet tall, with leaves about a half-inch in width and florets in panicles about three to six inches in length. Flowering is mainly in June and July, and Reed Canarygrass can reproduce by seeds as well as vegetatively. Few species of wildlife eat the seeds. Reed canarygrass is in the same taxonomic tribe as is sweet vernal.