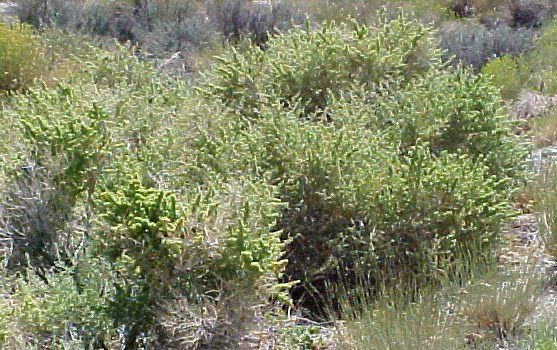 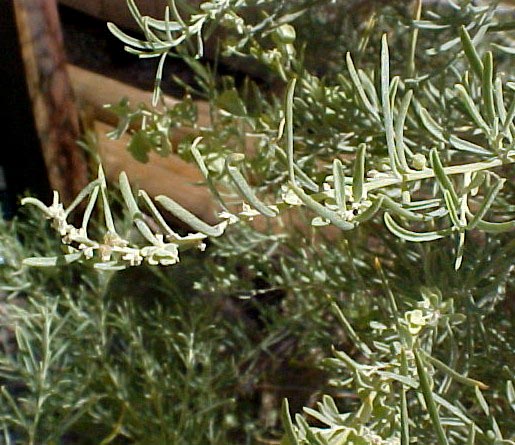 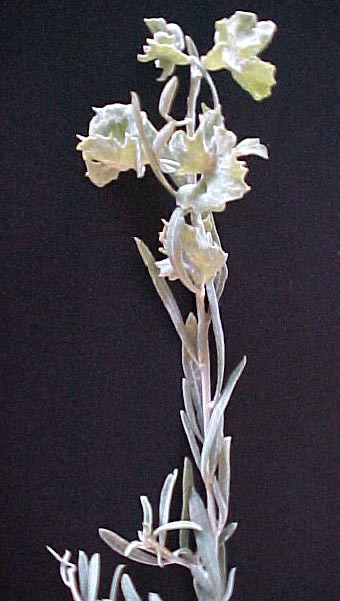 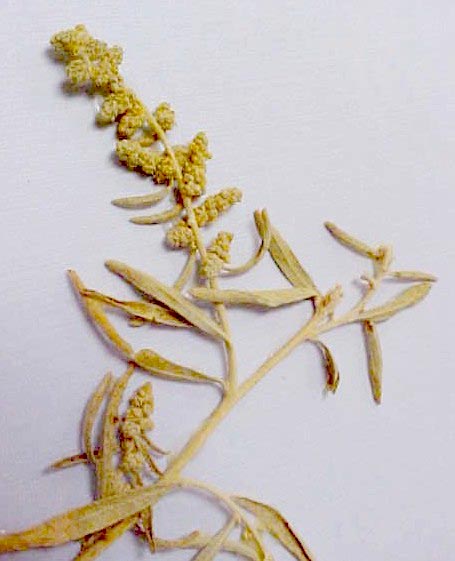 This species, also known as fourwing saltbush, is a very common, grayish-white shrub found throughout most of the Southwest and northward, occurring from 2000 feet up to 8000 feet on a variety of sites, often sandy, ranging from hot creosote bush desert up to ponderosa pine forest. It typically grows to be four feet tall, but may reach twice that height. The narrow simple leaves, which may be up to two inches in length, appear smoky because of the dense covering of tiny hairs on both sides. Blooming usually occurs during July and August. The female flowers, pollinated by wind from male flowers on separate plants, give rise to the seeds; the latter are enclosed in a fruit having four papery bracts (giving the species its common names) and about a half-inch in size. This and other species of saltbush are useful as food for both wild animals and livestock.